Greg Hozinsky is the executive chef of The Strand House in Manhattan Beach – a dining destination reminiscent of an elegant yet welcoming beach house with stunning ocean views – where he uses seasonally-inspired and locally grown ingredients to compliment his fresh and rustic culinary approach.

Hozinsky graduated from California Culinary Academy in San Francisco in 2003, and began working under Michael Mina at Aqua in San Francisco. He then returned to his native Southern California for externships at the House of Blues Foundation Room and Valentino’s in Santa Monica.

He worked at Avenue in Manhattan Beach and was promoted to sous chef at the age of 21. From there, Hozinsky became chef de cuisine at Frascati in Palos Verdes, then the executive chef at Shade Hotel in Manhattan Beach, at just 22. Hozinsky then moved to another Zislis Group property, The Strand House, in 2012. Recently, Hozinsky had the honor of cooking at The James Beard House in New York City. In 2012 he was named one of Zagat’s “30 Under 30: LA’s Hottest-Up-and-Comers.”

Hozinsky credits the progress of his career to his early discovery of his passion for cooking. While he was in high school, Hozinsky constantly experimented with creating culinary classics. One day, his mother returned home from work to find pounds of homemade pasta dangling from chandeliers and coat hangers all over the house. It was then that she encouraged her son to pursue his passion. 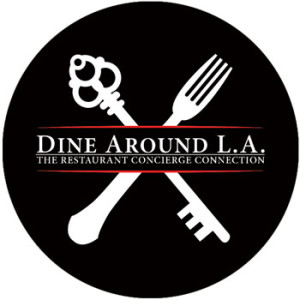